Mm-mm-mmm.
Despite what I wrote Sunday, yesterday (Tuesday) was the first opportunity I had to play-test the new game...and that was just fine. I mean, the weather hereabouts has been beautiful and we decided to go on a nature hike instead of gaming (and, yes, actually it was my idea. I'm not worried...it will eventually rain again in Seattle!).
And yesterday was just as nice, but the kids had nothing go on in the afternoon and we were able to hang out on the freshly mowed grass in the sunshine and play. Which was just about perfect (the only issue being the wind which was a constant hazard to our deck of cards).
SO...good testing. Problems were found immediately when we went through the character creation process, but those were quickly ironed out. Procedurally, there were quite a few issues, both in terms of system and...surprisingly...terminology (appears I need to develop some specific definitions for the game's vocabulary in order to make the thing clear in use).
BUT (in general) play proceeded more-or-less as I imagined, if not exactly as smoothly as I'd hoped. The scene creation/shared narrative thing worked very well, the kids adapting to it quickly, and even my youngest was able to set up a scene that resolved the story/session in decent fashion. Though both kids ended up turning evil and joining the villain (that was unexpected). Neither particularly liked this outcome, but both enjoyed the game and want to play again.
I begin to see now how it was that Gygax developed D&D using his children and their friends. I see why some things were emphasized and others weren't and how various systems changed (to the Advanced version of the game) as the original players grew older. EGG, of course, wrote for (and played with) adults as well, but there's something about developing a game in the crucible fire of your kids' delight that is both inspiring and limiting (in the sense of "boundary setting") that is quite different from simply theory-bashing or doing design with/for adults/peers.
Anyway. More later. This is yet another "placeholder post" and not meant to be particularly profound. Stuff happening. 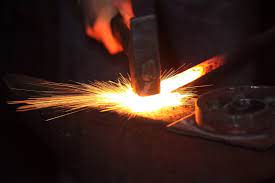