Yesterday I had the day off work AND off “baby duty,” and consequently had a chance to get down and finish proofing (first proofing) the new game, CDF. This is an important step in my process (dumb or simplistic as my approach is to this “writing thang”)…I need to let the text "cool off” and then I go over it making notes that will become changes, after which I’ll give it to a disinterested 3rd party (my wife) to see if it makes sense to her non-gamer brain. I’ve just been so busy lately I haven’t been able to get to it, and consequently I’ve had some nagging anxiety about the damn thing that was hampering my enjoyment (and thus dampening my interest in it).

Anyhoo, getting that First Proof done was a load off my mind, and actually got me fired up to run my Tuesday night play-test. I forgot how much I enjoyed some of my “setting specific” material (forgotten because I’ve been converting old dumb-dumb Shadowrun adventures for play-testing…sorry, but the things haven’t aged well, and my game is better). I even had a chance to revisit some of the parts I was thinking of chucking from the book (like ammo tracking) and found that I LIKE the rules as is…I just haven’t had a chance to put ‘em to good use…something I aimed to rectify in the evening’s play-test.

Unfortunately, only one of my players showed up to the bar.

One thing about a game like D&D (or CDF, which is just ‘D&D with guns’), it doesn’t scale well to solo play unless adventures are specifically designed for a specific solo adventurer. I mean, a high level character (perhaps with a henchman or two) has the ability to solo dungeons of even mid-level with the right equipment…my old AD&D (power gamey) bard was able to do this on many occasions, and the tales of Robilar and the Temple of Elemental Evil make it clear that I’m not an isolated incident. However, for a 1st level character a solo adventurer (even with NPC buddies) probably needs a more “scripted” scenario…like giving a cleric a bunch of skeletons or thief a bunch of drunks to sneak by.

And my play-test scenario was NOT scripted. The description “death trap” would be more appropriate (i.e. “a challenging adventure requiring cooperative effort to succeed”), and while I would’ve been happy to send TWO players in to be cut-down by bullets (it would have given me a chance to play-test the auto-fire rules), sending Will by himself into the jaws of doom would have been too much of a turkey shoot.

So I made him play-test something else.

I’ve been working on a superhero game for the last couple-three weeks. Well, actually I’ve been poking around at a superhero RPG for a few years, but I’ve only been working seriously on it for the last few weeks. The point is, I’ve been fleshing it out and really liking where it was going in a VERY “old school” kind of way (classes, levels, HPs, etc.)…but it’s certainly not completed. I have, for example, the complete power list (96 powers divided into eight categories of 12), but I haven’t even started writing the text describing how those powers interact with the game mechanics. One could safely assume it ain’t ready for testing.

However, while weed-eating yesterday I was drawn again to the idea (not for the first time) that maybe I should try adapting the hero-genre to my DMI system…you know, the chassis I’m using for my post-apoc, space opera, and time-travel-dinosaur games? And I had a mini-epiphany about how it might be done. And DMI is pretty much complete (if not written up)…play-testing DMI with “super powers added” didn’t seem too big a stretch. So we did that instead of play-testing CDF. 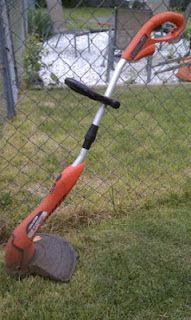 I mean it definitely needs some tweaking/adjustment, but DMI is just turning out to be a fun little system. Will enjoyed it and seemed to have fun. It’s funny, we talked beforehand about the superhero genre and how it was NOT one for which he had much interest. He was never much of a “comic book guy” and his main exposure to superheroes are through cartoons and (recent) films. We talked about the difficulty with embracing the superhero genre due to the immense body of work (when you have dozens of titles with multi-hundreds of issues) that make it difficult to learn/appreciate, not to mention the inconsistency depending on writer assigned to a title, plus the constant “re-boots” and updated origin stories…ADDED TO the fairly simplistic nature of the hero genre compared to other pulp styles (horror, fantasy, western, sci-fi, etc.). It just wasn’t a style of game he was really big on.

But after playing, the man appeared to be humming a bit of a different tune. He did keep his character and expressed what appeared to be genuine interest in re-visiting the guy (and the game) in our next “episode.”

Here’s the thing (and this is what I tried to explain, regarding my own feelings on the matter): fantasy role-playing, on some level, is about escapism and wish fulfillment. And the superhero genre is the ultimate in wish fulfillment escapism.

[yes, I discussed this before]

The thing you have to do is forget about the comics and cartoons and films…the specific intellectual property…and simply worry about the tropes of the genre: 21st century people gifted with extraordinary powers, put in a position by those abilities to make a difference in the lives of their fellows.

Who doesn’t want to be a superhero?

Anyway, the “adventure scenario” boiled down to a simple super-powered slugfest that informed a lot about how the DMI system needs to be varied for use with this particular genre. The nice thing about DMI is that it’s quick to set up (as in, with zero notice), and resolves neatly in an evening’s session (we spent maybe 90 minutes on the game including chargen and rules explanation). “Shatterfist” (Will’s L.A. based superhero) was able to defeat the super-sized mutant “Goliath” by the skin of his teeth. And he did so with flourish, side-stepping the villain’s last-ditch punch and dropping him with a mighty gauntlet, despite being out of cards. And to his fortune (?) a film crew showed up at the last moment and caught the whole thing for the 11 o’clock news, providing the hero with an instant bump in celebrity status. Ahh…complication dice…it’ll be fun to see how that pans out for him.

Um…assuming we play again. My original thought was that this would be a one-off play-test so that we can get back to machine gun-toting trolls and whatnot next week. We’ll see what happens. I’ve got a trip to our nation’s capital scheduled this week, so perhaps I’ll have a chance to do a little DMI tinkering on the plane…right after I finish making my edits/corrections to the CDF text, of course.
: )
Posted by JB at 12:04 PM